What if Miss Marple continued untangling her murder mysteries created not by Agatha Christie but some other writer talked into this business by an excessive readers’ demand after the death of the original author? Or Inspector Maigret working on further cases well built in the head of George Simenon’s substitute?

It sounds like nonsense. Therefore, an ambiguous feeling has caught me staring at the cover of the paperback with the title The Girl in the Spider’s Web followed by the write-ups “A Lisbeth Salander Novel” and “Continuing Stieg Larsson’s Milennium Series”. Obviously the author was not the very Stieg Larsson. And how could he, if he has died before even his first three novels were published? David Lagegcrantz. This was the new overtaker of Milennium follow-up.

Ambiguity has risen caused by repulsion of “how dare someone try to warm up on the other’s laurels” and excitement that Lisbeth Salander is back. “True, it wasn’t always easy, but sometimes I even miss that feverish intensity which occasionally bordered o terror – the terror of not being worthy of Stieg Larsson’s legacy”, confesses David Lagegcrantz, the author of I am Zlatan Ibrahimović, one of the most successful books in Sweden.

An unknown hacker breaks into NSA system accomplishing the impossible. No doubt this genius is our old friend Lisbeth Salander pursuing her own objectives tightly related to Professor Balder from Sweden who has been making a breakthrough in AI field but has been betrayed. Now he lives locked in his Swedish home together with his autistic son August who appears to be a savant.

When the danger closes in, Professor Balder calls Mikael Blomkvist to tell him his story, however the journalist arrives just in time to face an escaping Professor’s murderer and to save August who has witnessed his father’s death, however is unable to talk and describe the murderer. But soon it becomes obvious that August has excellent drawing skills and might reveal the face of the killer on paper. Thus he turns into a very dangerous witness who has to be eliminated. 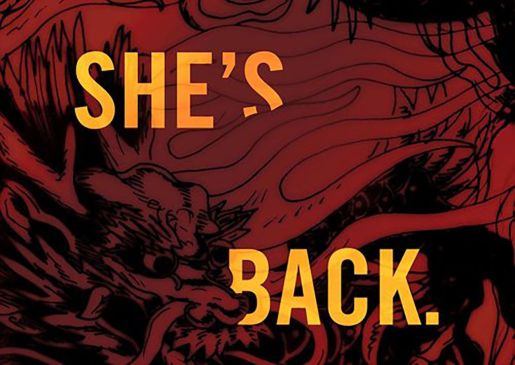 The reader rejoices when Lisbeth and Mikael join their forces to protect the boy and to find the killer. Though their communication is limited to the old special file on Mikael’s computer or a couple of short sentences over the phone. The question keeps coming up from each of the page: are they going to meet face to face after all or not?

However, the greatest turn in the plot, which Stieg Larsson had never tried to exploit and never put the focus on, is Lisbeth’s antagonist. The greatest evil emerging after Zalaсhenko, her father’s, death is Lisbeth’s twin sister Camilla! Isn’t it a cliché? One good life disadvantaged genius IT hacker fighting on the side of those suffering from ruthless men and injustice, and one bad pretty girl, a high-flyer in manipulation, building up an empire of evil. So it all comes back to a family business.

This time the sisters don’t stumble into an open battle, though Lisbeth manages to interrupt her evil sister’s plans and save August. But Camilla’s text message “Until next time, sister!” hints that the description “trilogy” is already a history. To be continued.